Joel Strickland attended the Gem Build Course at Rolls-Royce Plc, Derby on the 3rd of July and 7th August.

It was a hands on training course that offered a one day practical engine partial strip and rebuild experience. The course was designed to provide insights into the pragmatic issues generated by given engine designs.

The day was centred on the Rolls-Royce GEM engine. The GEM engine is a turboshaft engine developed specifically for the Westland Lynx helicopter in the 1970s.

The GEM is much smaller (about 1m in length) and lighter (187kg) than the engines that power modern day aircraft (The Trent 1000 is about 5m in length and 6000kg). The smaller engine makes it perfect for a partial strip and rebuild experience.

Technical Details of the Engine

The Gem’s three-shaft engine configuration is rather unusual for turboshaft/turboprop engines. Basic arrangement is a four-stage axial LP (Low Pressure) compressor, driven by a single stage LP turbine, supercharging a centrifugal HP (High Pressure) compressor, driven by a single stage HP turbine. Power is delivered to the load via a third shaft, connected to a two-stage free (power) turbine. A reverse flow combustor is featured. 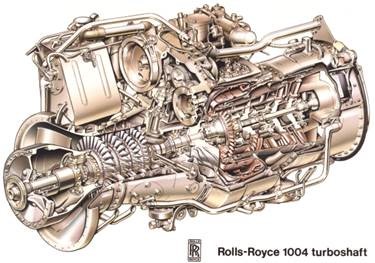 About the Author: Charlotte Ratcliffe

This site uses Akismet to reduce spam. Learn how your comment data is processed.